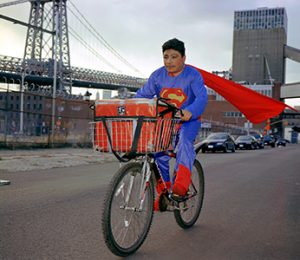 Featuring works from the permanent collection of the Neuberger Museum of Art, The Rise of a Social Consciousness in the Arts of Mexico since the Revolution highlights the important roles played by modern Mexican artists in the awakening of a social consciousness in Mexico, a country that was marked by a decade of revolution beginning in 1910 that not only changed its political course, but also triggered an artistic revolution.

The first modern Latin American art movement to gain international recognition was the Mexican mural movement, led in part by José Clemente Orozco, whose work is featured in the exhibition. After the revolution, painters, engravers, photographers, and writers, imbued with a new social and critical consciousness, expressed an awareness in local landscapes, daily scenes, Mexican history, and an interest in traditional crafts and pre-Columbian art. Several works on view by painter Rufino Tamayo and photographer Manuel Alvarez Bravo attest of this new direction taken by modern Mexican artists.

While artists from the second half of the twentieth century, such as Raul Anguiano, followed the path of their predecessors, by the 1960s, a younger generation, including José Luis Cuevas, began to develop more intimate themes and to look beyond the borders of Mexico. Rather than focusing on themes rooted in his homeland, for example, Cuevas’ lithographs and drawings offer a personal reflection of human folly, absurdity, and sexuality.

More recently, Mexican artists have been engaged in a universal dialogue. Frequently travelling, living in two cities at the same time, or establishing themselves abroad, contemporary Mexican artists address a wide variety of themes that must be understood in a global context. Two striking examples included in this exhibition are Dulce Pinzon and Teresa Margolles. While Dulce Pinzón brings attention to the sacrifices and stigmatization of undocumented workers in the United States, Teresa Margolles turns her gaze toward the United States, for example in a series of photographs derived from a performance at the Neuberger Museum, exploring the murder of Eric Garner at the hands of local police.

This exhibition demonstrates the ways in which the awakening of a social consciousness, possibly the most important legacy left by the Mexican Revolution, is still visible in the work of contemporary artists today.

The Rise of a Social Consciousness in the Arts of Mexico since the Revolution is curated by Patrice Giasson, the Alex Gordon Curator for the Art of Americas, and organized by the Neuberger Museum of Art, Purchase College, SUNY. Generous support for this exhibition is provided by the Alex Gordon Estate.

IMAGE:  Dulce Pinzón, Superman. Noé Reyes from the State of Puebla, Mexico works as a delivery boy in Brooklyn, New York. He sends 500 dollars a week, from the series The True Story of Superheroes, 2005–2010, Digital color print on paper, 30 x 36 inches (image and sheet), From an edition of 7 and 2 artists’ proofs, 2nd of 2, Collection Neuberger Museum of Art, Purchase College, State University of New York. Gift of the artist, 2017.01.01.