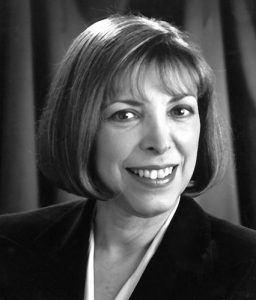 The faculty of Hoff-Barthelson Music School will come together in a performance paying tribute to Joan Behrens Bergman’s seventeen incredible years as the School’s Executive Director on Sunday, November 13, 2016, at 4:30 pm at the Westchester Reform Temple, 255 Mamaroneck Road, Scarsdale, New York. Bergman retired as Executive Director at the end of the 2015-2016 school year.

The concert, followed by a reception, is open to the public and is free of charge. Those wishing to attend are asked to RSVP by November 1, 2016. In recognition of Joan’s leadership and legacy, tax-deductible contributions to the Music School to help grow the programs that Joan has so lovingly curated, at whatever level is comfortable, are greatly appreciated. Donations and RSVPs may be made by visiting http://hbms.org/celebrating-joan.php.

The concert program will include a performance of Mozart’s Piano Concerto in A Major, K. 414 featuring Gerald Robbins as piano soloist and Aaron Copland’s Appalachian Spring Suite for 13 Instruments (1944).

About Joan Behrens Bergman:
Anyone who is familiar with Hoff-Barthelson Music School likely knows, or has benefited from Joan Behrens Bergman’s inspired and loving leadership. Visible at nearly every school event during her tenure, and always accessible to students and their parents, Joan has been unanimously praised by past and present members of the Board of Trustees, staff, faculty, and the thousands of students whose lives have been touched by the School during her visionary leadership.

As Executive Director, she carried forward the School’s commitment to excellence in music education, performance and outreach, encouraging every student to express, experience and enjoy music for a lifetime.

Under her direction the School enjoyed blossoming growth, and increased the quality and variety of its programs including: growing the School’s jazz department into a robust program with over 100 students; increasing the number of musical experts to participate in the master class series; the addition of a state-of-the-art music technology lab; and the selection of the school by the New York Philharmonic to be its only Westchester-based partner in its Philharmonic Academy Jr. program. Joan worked relentlessly to ensure that Hoff-Barthelson’s offerings are available to everyone regardless of financial ability.

Prior to arriving at Hoff-Barthelson, she was the Director of the Mannes College of Music Preparatory Division in New York City for the better part of a decade and a piano and pedagogy faculty member of that Conservatory’s College Division.  She has appeared as soloist in recital, guest artist with orchestras, soloist/lecturer and recitalist in live broadcast on numerous radio stations, and is well known for her inspiring master classes as well as her pedagogy seminars for teachers. She is listed in Who’s Who Among America’s Teachers.

In addition to a career as an administrator, performer and teacher, Joan Behrens Bergman has an extensive background in art history and has presented a lecture series entitled “Parallels of 20th Century Music and Art” at the Marymount College in Manhattan.

Warren Haber, Jr., current Chair of Hoff-Barthelson’s Board of Trustees said, “Joan’s love of music, students, and pedagogy is evident in everything she does. Her focus on every detail regarding pedagogy has resulted in scores of Hoff-Barthelson alum graduating with poise and confidence which benefits them in a variety of situations. Joan’s singular focus on educating students about the myriad benefits of music will live on for generations.”

Mrs. Bergman will continue to be a regular presence at Hoff-Barthelson maintaining her current teaching piano studio.