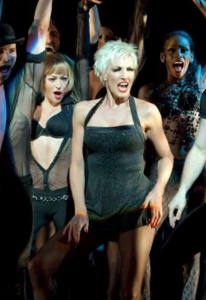 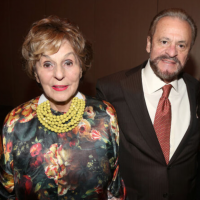 Tony Award-winning Broadway producer Fran Weissler is known for her work on various annual Tony Awards shows, but she and her husband Barry’s real claim to fame are all of many musicals and plays they’ve have produced. The pair have earned close to three dozen Tony or Drama Desk nominations and awards for: Othello starring James Earl Jones and Christopher Plummer, Fiddler on the Roof with Topol, Gypsy with Tyne Daly, Annie Get Your Gun with Bernadette Peters and Reba McEntire, the 2010 revival of La Cage Aux Folles with Kelsey Grammar, the 2013 revival of Pippin, and Chicago, the longest-running American musical in the world, presented in over 25 countries in over dozen languages, celebrating its 23rd Anniversary on Broadway this year! Other Broadway credits include Zorba, My One & Only, Falsettos, Grease, Seussical, Wonderful Town, Sweet Charity, The Scottsboro Boys. Their newest hit, Waitress, a musical adaptation of Adrienne Shelly’s 2007 independent film favorite, with an original score by popular singer/songwriter, Sara Bareilles, is currently in its 3rd year on Broadway, its 2nd year on Tour and opened in London’s West End.

On Sunday, April 10 at the Bedford Playhouse, Weissler will reminisce and share lots of “behind the curtain” stories about her storied Broadway producer career, and while she’s doing that, internationally-acclaimed actress/singer Faye-Anne Wright will regale you with musical selections from those very big Broadway shows Weissler produced. Wright will be accompanied by Rob Bowman. Amra-Faye Wright is a South African stage actress, cabaret singer, and soloist best known for portraying Velma Kelly in the musical Chicago, both on Broadway and in international tours. In 2010, she became the first actress to have performed the role both in English and Japanese. Her gift for story-telling led her to write, and perform her first one-woman revue, Rouge Pulp, which enjoyed a sellout season and prompted her to write Drinks on Me and It’s Not Where I Start.

Previous post:
« A Choice of Weapons: Inspired by Gordon Parks
Next post:
My Fair Lady - The film, the Restoration, the Talk »