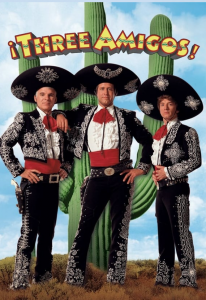 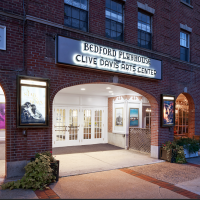 Festivities to continue throughout the year with live entertainment, theatrical productions, special screenings, celebrities, and more, at one of the region’s most dynamic cultural hubs!

The 75th Anniversary kickoff occurs in April, almost 75 years to the day that the Bedford Playhouse first opened its doors as a single-theater facility. After it closed in 2015 in need of repair, an enthusiastic grass-roots campaign resurrected the Playhouse as a 21st-century community-gathering place and cultural center. Now, three theaters set the stage for top-quality entertainment year-round, and the Playhouse boasts its own café, a 36-foot screen, state-of-the art Dolby Atmos surround sound technology, and buttery-soft leather seating.

“It’s all about the experience,” notes Michael Hoagland, Executive Director of the Bedford Playhouse, who points out that the Playhouse “consistently offers top notch programming in a terrific space.”

Get ready for some real fun!  Direct from your TV screen, “Stars of Late Night” featuring performers from The Tonight Show, America’s Got Talent, Comedy Central, and more. Ray Ellin, Erin Jackson, Brian Scott McFadden, and Dan Naturman will have you in stitches.

Ellin is executive producer of Comedy Central’s This Week at the Comedy Cellar and founder of www.ComedyCloud.co, producing live, interactive online comedy events throughout the year for businesses and non-for-profit organizations. Ray was profiled on “Dateline NBC,” where he revealed that his blood pressure actually drops when he’s onstage (!). Popular host of Late Net with Ray Ellin, the show featured A-List celebrities, top comedians, musicians and celebs including Chevy Chase, Hank Azaria, Leonard Nimoy, Paul Shaffer, Fran Drescher, and more. Ray was also the host/writer of TV’s New York Now, Brain Fuel, and The Movie Loft.

Erin Jackson Erin Jackson is one of the fastest-rising comedians in New York City. She works nightly in the city’s top comedy clubs, and most recently made her Netflix debut as part of Season Two of Tiffany Haddish Presents: They Ready. She currently writes for the hit Netflix show, The Upshaws, and has appeared on Late Night with Seth Meyers, CONAN, The Ellen DeGeneres Show, This Week at the Comedy Cellar, and Last Comic Standing. She is a proud alumna of Howard University and a die-hard fan of the Philadelphia Eagles.

A regular on the NY comedy club circuit, Brian has recently taken his act to a whole new level with his high energy performances and some of the most unique, hilarious routines around. After making his début on The Late Show with David Letterman, Brian appeared on The Late Late Show with Craig Ferguson on CBS-TV. Brian was recently seen on the big screen in The Secret Life of Walter Mitty with Ben Stiller, & also performed in such films as Ice Age II with Ray Romano, and Robots with Robin Williams & Halle Berry. He recently released his first live Comedy CD “What Women Want”.

Dan Naturman has had many television appearances, including those on The Late Show with David Letterman, The Tonight Show, Conan, Last Comic Standing, and as a semi-finalist on America’s Got Talent. He also has his own Comedy Central Presents special, and recently wrote the novel IRA SPIRO: BEFORE COVID, available on Amazon.

Screening: “Three Amigos” (with an introduction by Chevy Chase)

Here’s a comedy classic from the 1980s, featuring legendary comedians Steve Martin, Martin Short, and Bedford’s own Chevy Chase. Chase will be on hand to introduce the film. The story revolves around three out-of-work silent film movie actors who are accidentally drawn to a Mexican village that is being tormented by a gang of outlaws. The locals turn to the three for help. And that’s when the craziness begins!

Summer Series on the Playhouse Lawn

This hugely popular series brings The Great White Way north to Bedford. The Playhouse’s “Broadway in Bedford” series will feature actual Broadway luminaries bringing the theater experience to the lush, green, outdoor space that is the Playhouse lawn.  Plus, we’ll present live music by local bands, live theater productions of Shakespeare and Sherlock Holmes stories, and much, much more. Full schedule to be announced shortly.

Learning to Live Together: The Return of Mad Dogs & Englishmen

In spring 1970, Joe Cocker undertook what became the legendary Mad Dogs and Englishmen tour, immortalized in a live album and concert film. Fast forward 50 years, and first-time filmmaker Jesse Lauter tells the entire story of the reunion of the Mad Dogs through the lens of the Grammy Award-winning Tedeschi Trucks Band. This reunion also featured 12 of the original Mad Dogs, including Leon Russell, Rita Coolidge and Claudia Lennear, plus guest performers Chris Robinson and Dave Mason, among others. The film showcases inspired performances from the reunion show, plus an exclusive look at the history of the tour, archival materials, commentary from the original members and critic David Fricke, comments from fans who attended shows on the original tour. It also features the last filmed interview with the late Leon Russell. A Q&A with the director Jesse Lauter and the co-producer Wayne Forte follows the screening.

Broadway Behind the Curtain: David Yazbeck

Outdoors on the Playhouse Lawn

Tony, Emmy, and Grammy Award-winning composer/writer David Yazbeck brings his astonishing musical talent to Bedford. Part performance and part Q&A, Yazbeck shares with the audience intimate details about his career that morphed from gag writer for “Late Night with David Letterman” to Broadway composer and lyricist for “The Band’s Visit” (winner of 10 Tony awards), “The Full Monty”, “Dirty Rotten Scoundrels”, “Women on the Verge of a Nervous Breakdown” and “Tootsie”. Yazbek won an Outstanding Writing Emmy Award for his stint on “Late Night with David Letterman.” He scored the final season of HBO’s “Boardwalk Empire,” wrote the theme song to “Where in the World is Carmen Sandiego,” and has written hundreds of songs, scripts, scores and jingles for adult and children’s TV. At this performance, he will intersperse his commentary with songs from his many works. A must!

Ladies, take note! In 1989, the very idea of a competitive all-female sailboat crew was nearly inconceivable in the macho world of open-ocean yacht racing. The thought was women would never make it to the start of the Whitbread Round the World Race, much less survive to the finish – and they’d never find funding. Oh, and they didn’t have the strength or skill so they’d die at sea. Skipper Tracy Edwards, 26, proved them wrong. Her second-hand racing yacht Maiden, and her seasoned crew not only became the first-ever all-woman challenge to the Whitbread, they proved able competitors in the famously grueling race, besting male crews in their class. By the time they returned to their starting point at Southampton UK, after 32,000 miles of global racing, they had shocked, inspired, battled and utterly transfixed the sailing world – let alone the British nation. Tracy Edwards was awarded the 1990 Yachtsman of the Year Award, the first woman ever to receive the accolade, and was named a Member of the Order of the British Empire. See it all at the Bedford Playhouse.

Previous post:
« The Harder They Come - Listen to the Movie
Next post:
Playhouse Live presents: Stars of Late Night »