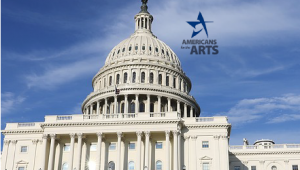 Americans for the Arts (AFTA) is a national agency whose mission it is to build recognition and support for the extraordinary and dynamic value of the arts. In that spirit, the organization
conducts a study every five years called Arts & Economic Prosperity, which is designed to measure the impact that arts spending has on local jobs, income paid to local residents, and revenue generated to local and state governments. ArtsWestchester is one of nearly 400 organizations across the country that partners with AFTA to conduct surveys from attendees from attendees and collect data from cultural organizations.

The AFTA study captures not only what organizations spend to produce their events, but also the ancillary spending that the community generates around cultural activities. For instance, when someone attends an arts event, they may park in a local garage, go out to dinner beforehand, and stay in a nearby hotel. All of this spending, even aside from the ticket price spent, is thanks to this person’s attendance at an arts event. This information becomes a powerful tool to forward ArtsWestchester’s advocacy efforts in describing the widespread impact of the arts.

The goal is to collect surveys from attendees that embody a diverse, inclusive and representative sample of the arts and cultural activities that take place in Westchester between May
2022 and April 2023. The results of the study will be released in fall of 2023. Economic impact of the arts, as of 2016 when the last survey was conducted, was $172 million.

The cultural community in Westchester can participate in this data collection in two ways: first, by hosting a team of ArtsWestchester’s volunteers to distribute and collect audience surveys at an event; and second, by completing an organizational survey (to be distributed in early 2023). Once the final report is published in fall 2023, it will become an invaluable advocacy tool for funding at all levels.