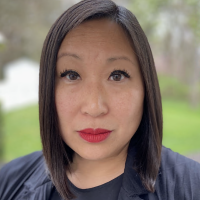 For our Roving Directors feature, we ask Westchester arts professionals to go into the community and give us their take on another institution’s on-view exhibition. This month, Michelle Yun Mapplethorpe, incoming Executive Director of Katonah Museum of Art, looks at “Cloud Wanderings of Wang Mansheng,” currently on display at the Hammond Museum and Japanese Stroll Garden.

Cloud Wanderings of Wang Mansheng, currently on view at the Hammond Museum and Japanese Stroll Garden through August 13, is a contemplative exhibition that brings together the artist’s past and present through the lens of traditional Chinese literati painting.

Wang Mansheng was born in 1962 in Taiyuan, located in China’s northern Shanxi Province. Like many artists of his generation, he spent his youth enduring the hardships of the Cultural Revolution (1966-1976).

It was when he received a degree in classical Chinese literature in the ‘80s, and took a post as editor, director and producer at China Central Television, that the artist was able to experience China’s vast landscape and cultural history. This would later inspire his artistic practice upon his move to the United States in 1996.

In Hammond Museum’s presentation, Mansheng’s formative training and reverence for Chinese literature is apparent through his textual commentary that accompanies his artworks. The exhibition’s title, Cloud Wanderings, is inspired by the ancient concept of yunyou or “cloud travel,” which represents the wanderings of sages and immortals in search of enlightenment.

Like his forbearers, Mansheng takes inspiration from nature, and specifically that of the Hudson River Valley area around his home in Dobbs Ferry. This extends beyond his compositions to include his innovative adaptation of the reeds found along the banks of the river to create painting brushes, and ground walnuts from the surrounding forests to create his inks. 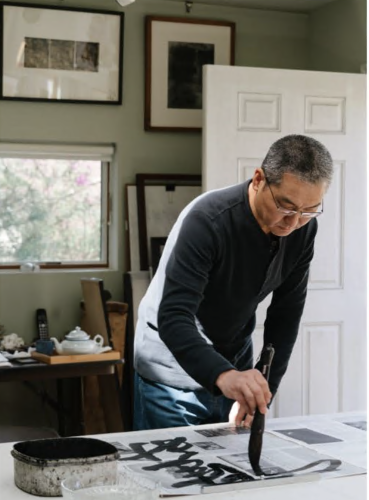 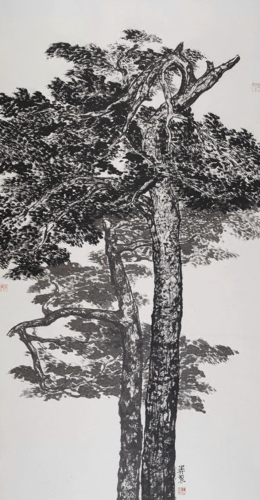 Comprised of works from 2006 to the present, the exhibition includes more traditionally minded landscapes from the artist’s Waterfall and White Lotus series. Playful calligraphic works like Newspaper Calligraphy “We Chat” transpose correspondence from We Chat, a popular social media platform, into a mixed media installation that is reminiscent of big character posters created for propaganda purposes during the Cultural Revolution. This work also alludes to another reading of “cloud travel” to include our dependence on cloud-based technologies.

In other works like Ancient Vine Calligraphy, the gnarled vines resemble Chinese characters, merging the genres of landscape painting and calligraphy. Throughout, the artist takes liberties with Chinese traditional painting practices through the use of western framing techniques, as opposed to traditional scroll formats, and his utilization of mixed medias like printmaking and installation.

The selection of works on view reflects Mansheng’s pandemic-era ruminations on the state of contemporary life. Like the ancient literati painters who recused themselves from society, Mansheng is in search of an antidote to the cacophony of a complex and globalized world through an immersion in nature. Silence, an ink painting on canvas that replicates ancient Chinese stone carving, transcends time and space. Of this work, Mansheng notes: “My search in recent years for calm and silence in my work is because, by nature, I enjoy quiet.  But it is also a reaction to the impulsiveness and clamor of today’s society.”

The exhibition, set within the bucolic surroundings of the Hammond Museum’s gardens, provides a respite from the demands of many visitors’ frenetic lifestyles and acts as a reminder of the restorative power of the natural world.