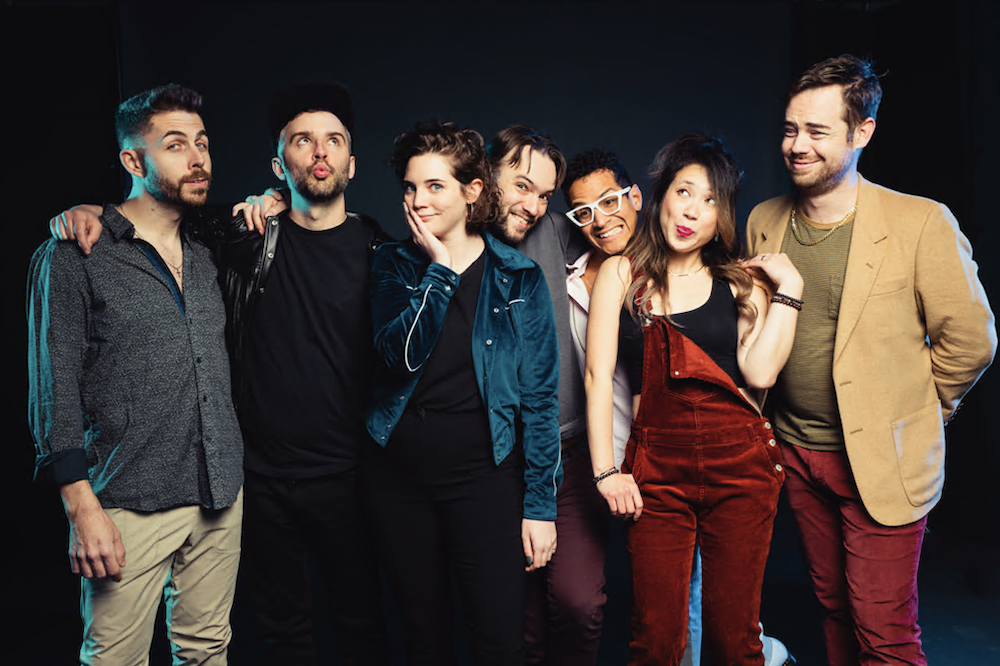 Sammy Rae and the Friends (photos courtesy of the artists)

High-energy, spirited and unrestrained. These are the self-defined words used to describe on-the-rise Brooklyn band Sammy Rae and the Friends. The band recently sold out New York City’s Terminal 5 venue, but this fall they make their way to Westchester to headline ArtsWestchester’s Serious Fun Arts Fest in White Plains.

The outdoor concert on October 16 will be the culminating event for the five-day arts festival that is poised to bring live performances, new public artworks, family-friendly arts activities, live mural painting, and more to the City’s downtown from Oct. 12-16.

The fast-emerging band, fronted by singer and songwriter Sammy Rae, pack a punch with rhythm and horn sections, keyboards and backing vocals, labeling their sound as being “rooted in classic rock, folk and funk, sprinkled with soul and jazz.” The band hits the festival circuit this summer on the heels of their new single, Follow Me Like the Moon, and in anticipation of their upcoming single, Time Being, which releases on July 15.

The midday show, which includes two opening acts yet unannounced, will take place on Mamaroneck Avenue between Martine Avenue and Main Street on the closing day of the festival. Early-bird ticket prices ($20) are available through July 31.

The festival’s presenting sponsor is Montefiore Einstein. ArtsWestchester will be making announcements and updates on its website and via the festival hashtag, #SeriousFunArtsFest, as new artists and more performers are announced in the coming months.