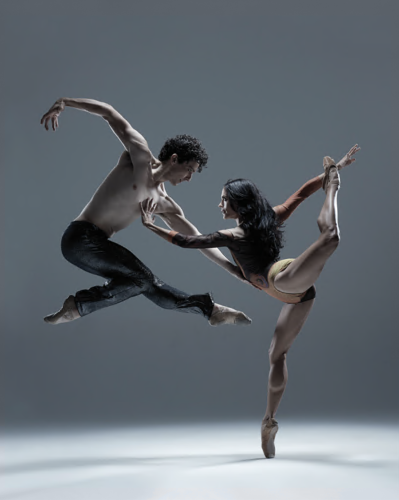 On the evening of Feb. 14, 2020, the Paul Taylor Dance Company took the stage at the Performing Arts Center at Purchase College (PAC). One of the pieces they performed that night was the high-energy Syzygy, a word that describes the moment when the sun, moon and Earth are in perfect alignment.

Five weeks later, on March 20, the PAC was forced to cancel the rest of its season due to the exponential spread of COVID-19. The 2021-22 season was abandoned entirely.

But now, two-and-a-half years later, the sun, moon and Earth have aligned once again, and a PAC 2022-23 season is set to begin. The season kicks off on October 8 with a performance by author, comedian and radio contributor David Sedaris in his fourth appearance at the venue. Many other high-profile performers are also on the schedule this season, including the Chamber Music Society of Lincoln Center (10/29, 11/19 and 3/18), supported by an ArtsWestchester ReStart the Arts Grant; the Orpheus Chamber Orchestra (1/22); West African singer-songwriter Angélique Kidjo (4/15); and, once again, the Paul Taylor Dance Company (4/25). Other dance groups on the roster include Complexions Contemporary Ballet (4/4), the Gibney Company (3/11) and more.

“As I look over our program, it makes me extremely happy,” says Ian Driver, who spent 15 years as the PAC’s Education and Engagement Manager before his appointment as Interim General Manager in January of this year, a role he also shared for part of 2021. “We have a wonderfully loyal audience… and I’m amazed at how empathetic and willing people have been to come back and work with us again. We’re going forward to the future but also recognizing what made us so successful in the past.”

Driver says that in addition to missing the thrill of live performance, he’s also sorely missed the human interactions they create. “The experience of meeting people in the lobby, going backstage, sitting in an auditorium side-by-side…we underestimate the power of sitting with other people,” he says.

The PAC may have been closed for public events during the pandemic, but it buzzed with activities of a different kind. The Center never stopped providing cultural programming. Its “In Your Living Room” series provided virtual gatherings and watch parties, offered behind-the-scenes looks at new works, and introduced audiences to the work of jazz musicians and dance companies of note.

“In the heart of COVID, all [of PAC’s] spaces were used all the time,” Driver says. “The [school’s] dance conservatories danced on stage in the concert hall because there could be more space between the dancers. The touring company of Dear Evan Hansen used it as a technical rehearsal space.  The lower lobby became a New York State COVID testing site.” This was not the first time the PAC has been utilized for a range of purposes—after all, the movies All That Jazz (1979), Black Swan (2010) and Better Nate Than Never (2022) all filmed major scenes there.

While the PAC will not be checking vaccination status at its performances, the current policy calls for masks indoors at all times.

“We are looking to create an environment where everyone feels comfortable,” says Driver. “And we’re looking forward to making new friends.”

This past July, the National Youth Orchestra of the United States of America performed two concerts at the PAC before an appearance at Carnegie Hall. “I saw people I hadn’t seen in three or four years,” Driver says. “It was the first time a curtain speech had been made in three years. It was a hugely overwhelming moment.” And no doubt, there are more overwhelming moments to come beginning in October.