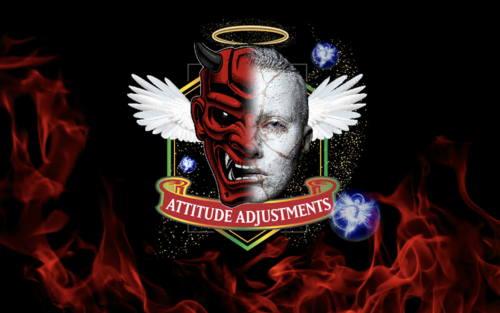 “There is a certain energy and excitement about having a work premiere for the first time – and witnessing as actors become the first ever to identify with the characters,” says Alan Lutwin, Executive Director of Ossining’s Westchester Collaborative Theater (WCT). This is exactly what is happening through May 8, as WCT presents its annual festival of one-act plays. Attitude Adjustments will premiere five new plays that are written, directed and performed by local members of the theater. The festival launches WCT’s 12th season of theater performances.

Lutwin says that the theater “is fortunate to have an audience that trusts [them] to create quality theater and continues to attend [their] performances of new works without ever knowing what to expect.”

The plays present a mix of thought-provoking comedies, dramas and dramedies that cover a broad selection of subject matters and themes. However, each play includes characters that undergo a personality transformation, or “attitude adjustment” as the festival’s title suggests, based on the challenges they try to overcome. For instance, in Serena Norr’s Fast $$, a suburban wife in need of money is offered the chance to become rich, but she must give up everything she is in the process. In Lori Myers’s Dressing On the Side, a stubborn diner waitress learns about love from the most unexpected of sources. Carol Mark’s Love at First Rewrite follows a playwright who knows that her play about love at first sight isn’t working, but takes matters into her own hands when her play gets panned by a local theater critic. Other works explore whether the cost of winning changes a person (Joe Carlisle’s Mexican Train) and a fictitious Google complex in Ossining, where anxious job applicants encounter a chilling symptom of the future (Robert McEvily’s The O-Town Google).

The featured plays were created over the past year through WCT’s incubator workshop program, which allows member playwrights, actors and directors to improve their works through rewritings, readings and feedback sessions. After the plays are selected, the playwrights and directors work with a dramaturg to fine-tune the pieces for production. According to Lutwin, this collaborative process is an integral part of WCT’s mission to develop new works for the stage, but it also helps them to provide engaging plays for their audiences and give artists a chance to show off their works.

On May 1, 7 and 8, WCT will host performances complete with costume, set designs, lighting, sound effects and music at its intimate newly renovated Black Box Theater. Following the May 1 production, there will be an interactive talk-back, during which the audience will provide feedback to the playwrights and actors. 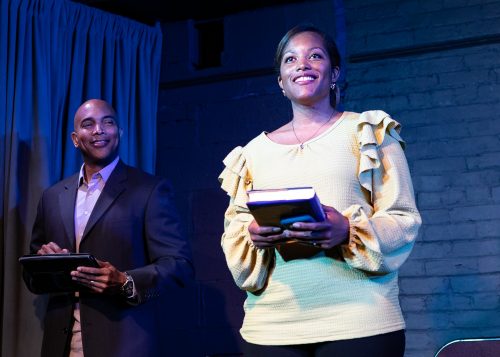 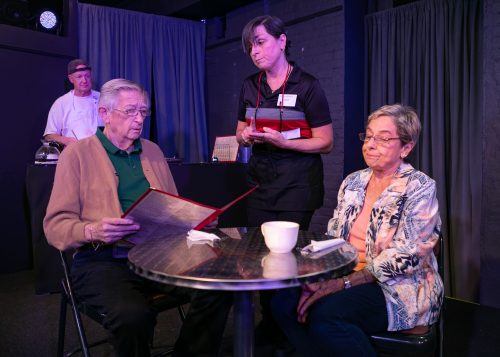 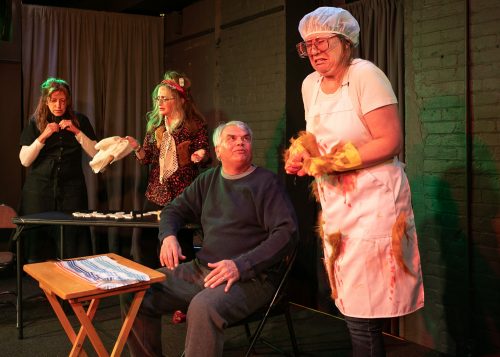