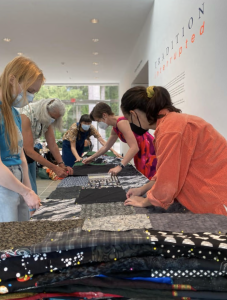 Participate in Community Art for #SeriousFunArtsFest!

Two Serious Fun Arts Fest artists are asking for the community’s help by offering an opportunity to participate in art-making activities that will be incorporated into their large public art installations. The community-driven projects include: 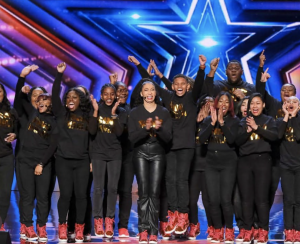 Purchase College lecturer and Soul Voice’s choir director, Knoelle Higginson, led a gospel group she directs, Sing Harlem Choir, to the competition rounds of NBC’s America’s Got Talent. The group is comprised from advanced members of another group that Higginson co-founded, Gospel for Teens, which aims to preserve the history and genre of gospel music. Sing Harlem Choir has appeared on The Grammy Awards and Saturday Night Live, and has performed with Usher, Ariana Grande and more. Though the teen gospel group was eliminated in the “Deliberations” round, they were featured in one of the audition episodes, where all three judges gave positive feedback.

The 2022 Voices for Change Artist Grant

Voices for Change is a grant, partly supported by the National Endowment for the Arts and administered by ArtsWestchester, which provides artists with an opportunity to develop and present new work that inspires and informs, and may be a catalyst for action. Project proposals should include a collaborative component with a cultural, service or community-based organization. Multiple grants will be awarded through a competitive selection process. Guidelines and application are available online. 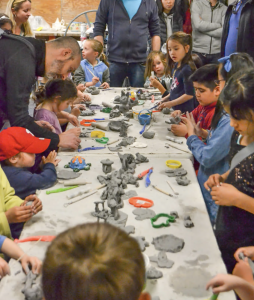 Open House at The Rye Arts Center
The Rye Arts Center will offer its community an opportunity to get better acquainted with its offerings. On September 10, an Open House will allow arts lovers to explore the Center’s STEAM program, see its 3D printers and laser cutter at work, and participate in family-friendly hands-on activities like painting, drawing, ceramics and more. Guests can also stop by the music studio to try various instruments with guidance from instructors. Teachers from the Center’s coding and creative building programs will be on site to answer questions. Live music, a food truck and artisan items for sale will round out the day’s activities. 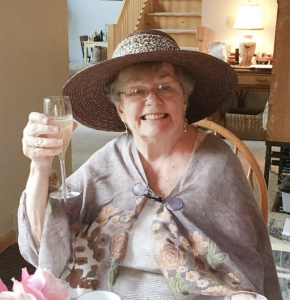 Arlene Wendt, a Yonkers native and founder of Actors’ Conservatory Theatre (ACT), passed away recently. Wendt’s love of the arts began when she was just a toddler. She honed her performance skills over her many years participating in community theater, ultimately creating ACT. The company launched with $1,000 in 1975 and blossomed into a full-fledged company with stage productions, workshops and programs that support creatives. Throughout her theatrical career, Wendt directed over 100 main-stage productions and conducted over 30 acting and scene study workshops. She also created ACT’s improv troupe and fundraising company, as well as “ACT Presents…,” a program that offers the opportunity for new material to be “workshopped” with the actors, writer, and audience. Throughout her illustrious career, she contributed to student scholarships, the development and success of new works, and community access to the arts. 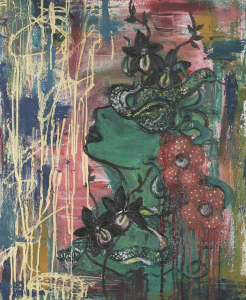 ArtsWestchester, in partnership with Westchester County Government Office of Mental Health and Rockland Psychiatric Center, presents its annual Visions exhibition. The show, which features a “Resilient and Renewed!” theme this year, showcases original artwork created by dozens of artists who are recipients of mental health services in Westchester County.  For more than 35 years, these organizations have banded together to provide arts programs at mental health sites. These multi-session workshops, led by ArtsWestchester teaching artists, result in artwork that invites the public to better understand that those who are diagnosed with mental illnesses are no different than anyone else, and are incredibly capable and creative. The exhibition opens on September 8 and remains on view through September 11 in ArtsWestchester’s gallery (Wed-Fri and Sun, 12-5pm; Sat, 12-6pm), and online through the end of 2022.

ArtsWestchester is accepting applications for its Young Adult Leadership Council, a career and college readiness program for youth aged 16-22. Members of the Council provide a voice to the organization’s youth education programs by helping to plan, evaluate, attend, promote and develop ArtsWestchester’s teen programming. Participating youth meet twice monthly from October through May. A stipend will be provided to cover transportation costs. Applications are accepted on a rolling basis through September 30.

At its 2022 annual meeting, ArtsWestchester announced the nomination of three new board members: Cristle Collins Judd, Edward J. Lewis III, and Randolph ‘Randy’ Williams, each of whom will serve a three-year term from 2022-2025.

As the President of Sarah Lawrence College, Cristle Collins Judd, joins ArtsWestchester not only with her executive and management skills, but her deep love of music. She has a Ph.D in Music, a Master’s in Musicology and is an accomplished oboe player. Since coming to Sarah Lawrence in 2017, Judd has steered the school through its largest capital campaign. She expanded its physical stamp with the creation of the Barbara Walters Campus Center by securing a $20 million donation for its construction. Judd has also developed strategic partnerships with local colleges, increased community outreach, increased donor and alumni engagement, and launched a Genomics Institute.

Edward J. Lewis III, President and CEO at Caramoor Center for Music and the Arts, honed his executive skills over 21 years in performing arts management and fundraising as Vice Chancellor for Advancement at University of North Carolina School of the Arts. Lewis has served in pivotal development roles throughout his career and has a successful track record in fundraising. With substantial financial management and budget experience, he has led campaigns totaling $1 billion. In addition to his fundraising acumen are skills in communications, marketing and branding. Lewis is also an accomplished violist who performed professionally in major cities across the country for 30 years.

Randy Williams, an educator and prolific artist, is currently Professor of Studio Art and Art Education at Manhattanville College in Purchase. Williams shares his professional expertise as a lecturer, instructor, board member and panelist for prestigious arts organizations such as Whitney Museum of Art, Neuberger Museum of Art, Metropolitan Museum of Art, New York Foundation for the Arts and New York State Council on the Arts. In his career as an artist, Williams has held multiple national and international solo exhibitions.

When Business Council of Westchester President Marsha Gordon, is not advocating for businesses in the County, she can be found at the cinema or theater. Read Marsha’s review below! 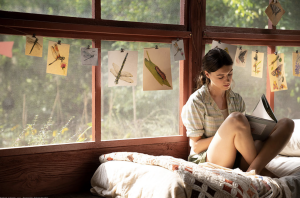 Still from Where the Crawdads Sing (Paramount Pictures Corporation)

Where the Crawdads Sing

I think I’m joined by the “book club crowd” when I say that this movie is a very good representation of the book. More importantly, it stood on its own as a period piece, showing rural Southern culture in the 1960s. The movie is a reflection of how a community judged a girl who didn’t fit into their cultural norms. It is also a look at a human spirit that could have been broken, but had strength and perseverance. While the pace of the movie was slow, it matched the feeling and raw beauty of the marsh’s natural habitat, which almost became another character in the film. It indeed became the girl’s life’s passion.  Lastly, the movie is about justice…or is it?  There are many other stories about different cultures, identities and circumstances that make the viewer see how life’s journey can turn the trajectory of a person’s experiences. This movie, like the book, captured my heart.