One Lyon Place in White Plains

Future residents of One Lyon Place in White Plains will find themselves in a distinctive home surrounded by the arts. The property’s developer, the Beitel Group and nearby neighbor ArtsWestchester have partnered on a comprehensive vision that integrates public art by regional artists into every facet of the One Lyon Place lifestyle, from landmark works on the exterior to a rotating exhibition program. Currently under construction, the property will feature 212 rental units across two buildings that are located just steps away from the retail, dining, and creative heart of White Plains.

ArtsWestchester seeks professional artists based in the New York Tri-State for its Teaching Artists roster.  When grants are available, Westchester-based schools and community sites partner with teaching artists to develop a creative and educational experience for their specific population.  As a result, participating artists are able to strengthen their networks, use their art form as a teaching tool and continue their artistic endeavors.

ArtsWestchester is seeking qualified youth to join its Young Adult Leadership Council.  The Council, which will take place from October 2021 through May 2022, will meet twice monthly to plan, evaluate, attend and promote ArtsWestchester’s teen programming, including its Teen Tuesdays & Thursdays program. Participating young adults, aged 17-22 will also learn career and college readiness skills.  The Council will be comprised of 15 youth, each of whom will serve multiple years for a maximum of 3 years.
Deadline: August 13. 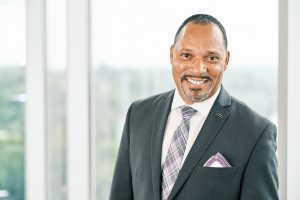 Caramoor Center for Music and the Arts recently announced the appointment of Edward J. Lewis III as its President and CEO. Lewis, who has almost two decades of experience in performing arts leadership, is currently Vice Chancellor for Advancement the University of North Carolina School of the Arts. He is also an accomplished violist who has been a member of the Dallas Opera and Dallas Chamber Orchestras. Lewis says of Caramoor: “Together, we will focus on enhancing its distinctive setting and world-class performances to ensure that Caramoor is a place that reflects a broad and inclusive sense of community and that delights both artists and audiences.” Lewis was previously Senior Director of Development at the Clarice Smith Performing Arts Center at the University of Maryland, College Park.

Interim Leadership at The Performing Arts Center at Purchase College

Tracy Fitzpatrick, Director of the Neuberger Museum of Art, has temporarily assumed the role of Interim Managing Director of The Performing Arts Center at Purchase College. With 17 years of experience at the College, Fitzpatrick will help to oversee The PAC until new leadership is appointed. In addition to presenting a broad range of virtual events and content for its community throughout the pandemic, The PAC has also operated as a safe learning space for the school’s performing arts students, and as a resource for its educators.  It is also serving as the main COVID testing site on campus.  The PAC will continue in these roles until socially distanced performing arts classes are no longer needed at the Campus. 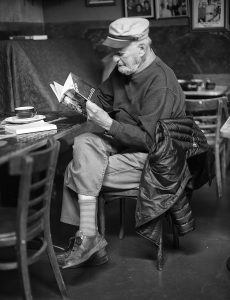 A Poet For All People
Iconic poet Lawrence Ferlinghetti passed away recently at 101 years of age. Though his career is largely associated with San Francisco, the poet was born in Yonkers, spent time in a Chappaqua orphanage, and then lived with a foster family in Bronxville during his youth.

Ferlinghetti is lauded for his own poetic works, most notably his first collection of poems, A Coney Island of the Mind. However, he is perhaps most often credited with helping to usher in the Beat movement of the 1950s. This is mainly because he was a co-founder of the famous City Lights Bookstore in California, in addition to its publishing arm, which printed works by Allen Ginsberg (Howl), William S. Burroughs (Naked Lunch), Jack Kerouac (On the Road), and many other notable writers.

Ferlinghetti championed poetry and the arts, which he believed should be accessible to all, not only those who are wealthy or highly educated.