April is National Poetry Month and Westchester has fully embraced the art of the poem. Westchester County recently named its inaugural Poet Laureate, BK Fischer, and several organizations in the County are offering robust poetry-related programming.

“The global pandemic has made us all aware of the importance of the arts in each of our lives,” says Jennifer Franklin, Director of Programming at Hudson Valley Writers Center (HVWC).

On April 10, HVWC, along with Masters School, is hosting the 10th Annual Westchester Poetry Festival. However, things will look a bit different this year. The festival is trading in its podium for its webcam, presenting a robust lineup of poets virtually due to the COVID-19 pandemic. Six authors will read from their most recent collections.

Readings from students will also be featured at the event. Masters School Librarian Judy Murphy explains: “During this time of isolation, expression is especially vital for our students. Poetry and spoken words are tools to give voice.”

The Festival’s keynote speaker is Reginald Dwayne Betts, whose most recent collection, Felon, is an unapologetically honest look at life in and after prison. His poems simultaneously encapsulate the injustices experienced during his time of incarceration while also working to dismantle that same system through the J.D., and soon-to-be-Ph.D., from Yale Law School that he obtained since his release.

Says Franklin: “The Masters School and the Hudson Valley Writers Center are dedicated to diversity, outreach and access in the literary arts. We are excited to welcome a diverse group of voices that have been commanding national attention in the poetry world and beyond.”

Betts will be joined by five other acclaimed poets, who will each read from their most recent collections:

Tyree Daye from Youngsville, North Carolina is the author of two poetry collections, including “Cardinal” from Copper Canyon Press, published in 2020.

Sean Singer of Ossining is the author of several collections, including 2015’s Honey & Smoke (Eyewear Publishing). 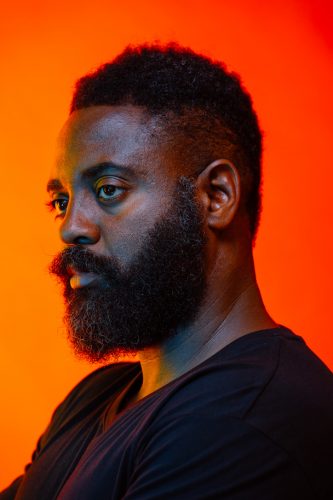 A poem by Reginald Dwayne Betts

The things that abandon you get remembered different.
As precise as the English language can be, with words
like penultimate and perseverate, there is not a combination
of sounds that describe only that leaving. Once,
drinking & smoking with buddies, a friend asked if
I’d longed for a father. Had he said wanted, I would have
dismissed him in the way that youngins dismiss it all:
a shrug, sarcasm, a jab to the stomach, laughter.
But he said longing. & in a different place, I might
have wept. Said, once, my father lived with us & then he
didn’t & it fucked me up so much I never thought about
his leaving until I held my own son in my arms & only
now speak on it. A man who drank Boone’s Farm & Mad
Dog like water once told me & some friends that there is no
word for father where he comes from, not like we know it.
There, the word father is the same as the word for listen.
The blunts we passed around let us forget our
tongues. Not that much though. But what if the old
head knew something? & if you have no father, you can’t
hear straight. Years later, another friend wondered why
I named my son after my father. You know, that’s a thing
turn your life to a prayer that no dead man gonna answer.