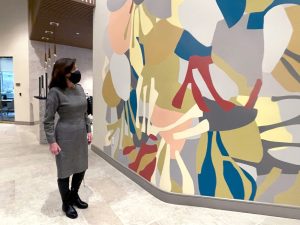 After a heated election for the Governor seat, New York State Democratic Kathy Hochul won her first full term in office. Ultimately, she made history as the first elected female governor of New York.

Governor Hochul considers the arts as key to economic development in the State. She has said: “The arts entice people to downtowns all over the State. Our recovery depends on their success.”

This fall, she announced the State’s largest-ever commitment to New York State Council on the Arts for capital projects for the arts, with a record $150M in capital funding for arts and cultural organizations. This is following already record-level funding for the arts in the FY 2023 Budget. Said Hochul: “New York’s arts and cultural organizations strengthen our economic wellbeing, nourish our diversity and identity, and support our communities.”

Executive Director of CNY Arts Stephen Butler reports that these new funds will allow his organization to distribute more than twice as many awards than in previous years. He adds: “For this grant cycle, CNY Arts will be awarding at least 120 grants across Central New York.”

Explains Stewart-Cousins: “The ten million dollars in funds that will be delivered through these 10 local arts agencies are an important factor in creating better communities. Through arts education, folk arts, programs for producing and presenting operations, and individual artists, these fund create access to important local history and quality cultural programming, as well as support the underserved.”