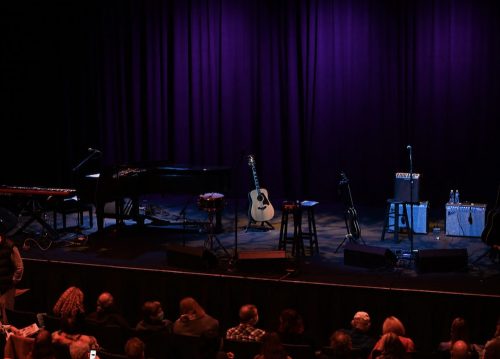 In spring of 2021, as COVID-19 appeared to wane, Emelin Theatre cautiously prepared their plans to re-open. It instituted health protocols, and focused its programming in an attempt to overcome audience reluctance, but recognized that it might take more than that to get people excited about coming back.

As ArtsWestchester CEO Janet Langsam reminded the theater’s president, Mark Ettenger: “The mission is to do everything we can to bring audiences back to the arts. People need the arts to get through this challenging period.”

Reengaging audiences was both a challenge and a collective responsibility. The theater’s board had long wanted to renovate the 50-year-old venue. The timing of doing so during the pandemic would convey a tangible re-commitment to the theater’s mission and the community it serves.

The “Rise & Shine” campaign was launched to raise funds that would allow the theater to reopen in the fall with a complete renovation. “Rise & Shine” signaled a reawakening of the arts, creating a sense of excitement and anticipation. The campaign kicked off in June 2021, with a virtual celebration that featured livestream performances. Says Ettinger: “It was our way of thanking everyone who helped make our reopening possible, and inviting them all back to a new theatre in the fall.”

Within 60 days, $600,000 was raised, and the renovation began soon after. It included upgrades to sound, lighting and the theater’s HVAC system. New seating, stage curtains, carpeting, improvements to the hospitality area, and fresh paint all contributed to renewing the Emelin as an inviting venue ready to welcome back its audiences. Updated artist dressing rooms made sure the artists that are booked for performances are comfortable as well.  By October 2021, the theater reopened, ready to tackle the challenges that the pandemic has presented.

Nearly one year later, the industry still faces ongoing challenges with continued audience reluctance and rising artistic fees and operating costs. Says Ettenger: “The Emelin’s 2022-23 season is its 50th anniversary season. As the Emelin looks toward the next 50 years, we are focused on stabilization, rejuvenation and growth.”