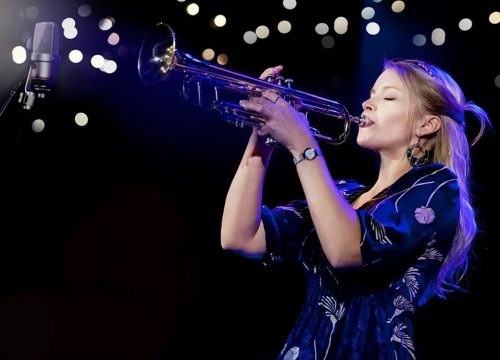 On March 11, 2020, the Emelin Theatre’s film club presented The Truth, a French flick starring Catherine Deneuve as an aging actress whose newly published autobiography leads to a reckoning with her daughter, played by Juliette Binoche.

It was the last public event staged at the Mamaroneck- based Emelin before they were forced to close due to the pandemic.

It was the last public event staged at the Mamaroneck-based Emelin before they were forced to close due to the pandemic.

“When COVID first hit, we said ‘let’s give it two or three weeks and see if everything will go back to normal,’” says Executive Director Elliot Fox. Two or three weeks became May, then the fall, and eventually a whole lot more.

The good news is that many of the shows have been rescheduled for the venue’s upcoming fall season, which begins on Oct. 14 with a perennial Emelin favorite: singer/songwriter Lisa Loeb.

Fox says he’s also looking forward to performances by multi-platinum recording artist Joan Osborne on Nov. 11; Israeli guitarist David Broza, who will be joined by the Cuban band Trio Havana, on Oct. 30; legendary rocker Jim Messina, half of Loggins & Messina and bassist for Buffalo Springfield, on Nov. 13; and bluegrass duo The Gibson Brothers, who will kick off the Emelin’s 39th bluegrass season on Dec. 10. There are currently 13 events overall on the calendar.

“I’m excited by our new season, having been the primary booker,” Fox says with a laugh.

The Emelin has strict protocols in place for its audience, which include showing proof of vaccination and wearing masks. Its film club’s fall season is streaming only for now, but Fox says they will consider a move to in-person if conditions improve.

“We’re trying to do our best to be supportive of the artists—nobody gets paid if there are no shows,” he says. “We’re in the happiness business, and when we can’t do that because of events that are out of our control, it’s upsetting.” 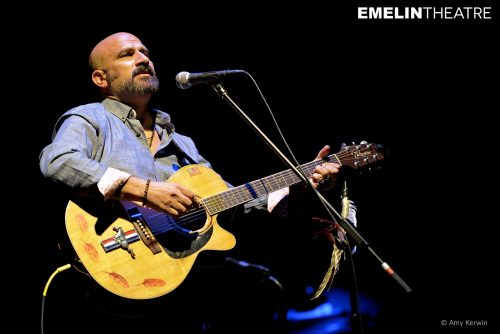 The Emelin tried to make the best of its pandemic downtime. They offered virtual performances through livestreaming and hosted private third-party events, corporate meetings and band rehearsals. They also refreshed the theater with new carpeting, a paint job and new seats, which were reduced to 267 from 275 in order to improve accessibility and comfort. The lighting and
sound systems were improved, as was the backstage area for the artists.

“These were necessary upgrades,” says Fox. “We took advantage of the dark times.”

Fox says he wishes he could be more optimistic about the future, but coronavirus variants like Delta have him spooked. “We’re not selling tickets based on celebrity status,” he says. “We have very limited sales for our October events and in the past, some of these shows would have sold out with relative ease.”

Still, Fox says that even with all of the uncertainty, the Emelin, like the rest of the live-entertainment industry, must continue to look forward.

“We have to take a deep breath, stay cool and be flexible on how we’re going to approach tomorrow,” he says. “We must be responsible, make solid choices and continue to serve this community and our fan base.”