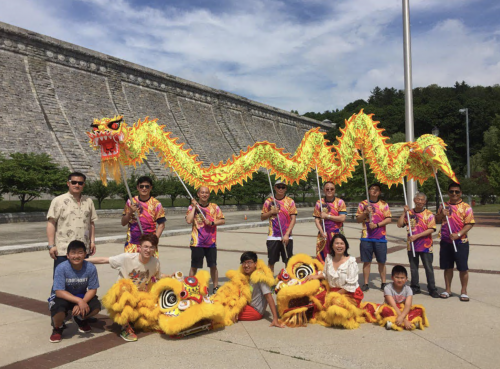 Every year, the Asian American Heritage Festival attracts up to 7,000 residents at the Kensico Dam Plaza in Valhalla to celebrate Westchester’s diversity, including its expanding Asian and South Asian populations. This year will be no different when the OCA Westchester & Hudson Valley (OCA-WHV) presents the 25th annual festival on June 4. The program is part of the OCA-WHV’s mission to advance, advocate and help raise the voices of the Asian and Pacific Islander community in Westchester and Hudson Valley Communities. As a result, audiences will be introduced to the many artistic customs of Asian culture through traditional dance and song, activities and foods.

Throughout the day-long festival, professional artists will take the stage, along with local Asian studios and children’s dancing troupes. For instance, professional performer Peng Li will showcase the ancient Chinese dramatic art of Bian Lian, or “face-changing,” which is part of the Sichuan opera tradition. During the Bian Lian performance, the performer wears a brightly colored costume and performs a stunt that consists of instantaneously switching between multiple masks. New York City-based saxophonist, singer and composer Stephanie Chou will perform a live concert of music that combines classical and Chinese influences with jazz and pop harmonies and rhythms.

A showcase of live music, dance and martial arts will include a Taekwondo demonstration by the local Achieve Martial Arts School. This Korean form of martial arts will display intricate punching and kicking techniques.

A lion dance, a traditional practice believed to bring harmony and luck, will also be performed by artists from the Huaxia New York Central Chinese School in Scarsdale. Traditional lion dancing consists of a large-scale lion costume, which is wielded by more than one dancer to imitate the lion’s movements while implementing aspects of martial art and acrobatic forms.

Additional activities that teach crafts and trades of the Asian culture will be available to children and families, including face painting, calligraphy, Chinese paper cutting and origami. Asian-themed cultural artifacts and handmade goods, as well as foods, will be on display by small businesses and vendors.