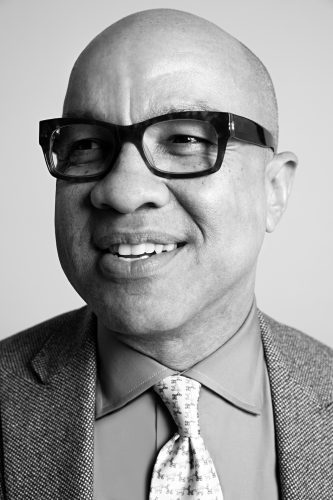 “Art is not a privilege. Art is the soul of our civilization.” In 2017, Darren Walker delivered the annual “Nancy Hanks Lecture on Arts and Public Policy” on Arts Advocacy Day.

He continued: “[Art is] the beating heart of our humanity; a miracle to which we all should bear witness, over and over again, in every home—from the most modest and humble to the grandest and well-fashioned.”

It is for that passion for the arts that Walker will be honored this month with Katonah Museum of Art’s (KMA) 2021 Himmel Award. The annual award and lecture, named for arts patron Betty Himmel, “honors creators, conceivers, radical thinkers and risk-takers that provoke new thinking in art and design.”

Walker, who has been president of the Ford Foundation since 2013, will be recognized for his leading role in supporting the arts through the lens of social justice. KMA Executive Director Michael Gitlitz explains: “Darren is not only one of the most accomplished leaders in the worlds of art and philanthropy, but also one of the great innovators in how we think about philanthropy’s role in affecting large-scale social justice.”

During the annual event, which will take place virtually this year via Zoom on April 3, Walker will discuss his experiences in the nonprofit field and his work with a foundation that focuses on addressing societal changes during current times of social and political crisis.

Walker has spent his career developing innovative ways to confront racial and financial inequity through the arts and philanthropy. Last year, the Ford Foundation became the first nonprofit in U.S. history to issue a $1 billion social bond to raise funds for nonprofit organizations in response to the COVID-19 pandemic. The Foundation, according to its statement, will use proceeds from its social bond to invest $85 million in Black, Latinx, Asian and Indigenous arts organizations, many of which have historically limited resources.

Previously, Walker served as Vice President of Foundation Initiatives at the Rockefeller Foundation and as COO of the Abyssinian Development Corporation. He currently serves as a trustee of Carnegie Hall, New York City Ballet, the High Line and the Arcus Foundation.