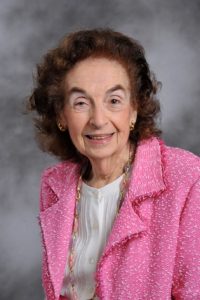 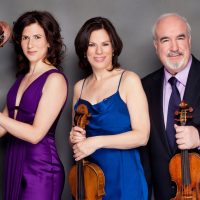 Distinguished Guest Glenn Dicterow and his Amerigo Trio to perform and pay tribute to Dr. Bauman, WCMS President for over 30 years

Sunday, March 17, 2019, the Westchester Chamber Music Society (WCMS) will be celebrating Dr. Caroline Bauman’s long and continuing association with WCMS as their President. At 4:00 pm, The Amerigo Trio, led by Glenn Dicterow, former concertmaster of the New York Philharmonic, will be performing works by Sibelius and Beethoven, and will be debuting exciting new works by Chihara, and Françaix. After the concert, there will be a reception and dinner at which Mr. Dicterow will be a distinguished guest and make remarks as part of the special tribute to Dr. Bauman.

This is WCMS’s 68th season, with its customary series of five concerts. The programs feature trios, quartets, or other chamber-music works, performed for the public at Congregation Emanu-El at 2125 Westchester Ave. East, in Rye. Many internationally renowned ensembles, such as The Emerson Quartet, have appeared there, notably the Tokyo String Quartet, whom Dr. Bauman and WCMS presented in one of their first concerts in Westchester.

The Amerigo Trio is one of the most recent major string trios to emerge in the world of chamber music. Mr. Dicterow, who served as concertmaster of the New York Philharmonic for over 30 years, formed the Amerigo with violist Karen Dreyfus and cellist Inbal Segev. In the short time since the group’s founding in 2009, they have been invited to play at some of the most prestigious concert series in the United States.

The Westchester Chamber Music Society was founded in the early 1950s. Initially the organization was made up of musicians who wished to perform for themselves in a leased building on Bloomingdale Road in White Plains. Gradually the format changed, with listeners and performers meeting informally in people’s homes. When a large waiting list developed, the society changed locations, including, at one point, Manhattanville College.

Dr. Bauman has been serving as the WCMS President for over three decades. Her main focus in that role is working with the performers’ management companies to schedule the concerts. That takes place about 18 months before a season begins. This season’s concerts were planned in the fall of 2017.

Music has long played an important part in Dr. Bauman’s life, but she chose not to pursue a career in music. She attended NYU as an undergraduate and graduated from Long Island Downstate Medical School. In 1954, Dr. Bauman and her late husband, Dr. Arthur Bauman, opened their medical offices in White Plains, where she still has her pediatric practice. A native of Jackson Heights, She moved, with her husband, to Rye in 1954.

Dr. Bauman, a renowned and much-loved pediatrician in Westchester, was recently honored as part of White Plains Hospital’s 125th Anniversary Celebration; but she has also had a second vocation supporting and playing a leading role in the Westchester Arts community.  She has been honored by the Music Conservatory of Westchester and in 2013 received the ArtsWestchester Community Award. The upcoming concert and dinner on March 17, 2019, will be an opportunity for friends, family, colleagues and many others to attend an exciting concert and celebrate with her the magical experience of chamber music she has helped to create.

Music lovers who wish to purchase tickets for the March 17 concert and/or attend the dinner featuring a special tribute to Dr. Bauman can contact WCMS at 914-320-4168 or www.westchesterchambermusicsociety.com. Tickets to the concert alone are $40 and can be purchased in advance or at the door; students are free. Tickets to the dinner and special tribute at 6:30 pm are $100 and must be purchased in advance.  Both the concert and dinner will take place at Congregation Emanu-El of Westchester, 2125 Westchester Avenue East, in Rye.

Next post:
BEETHOVEN BIRTHDAY BASH WITH THE AMERIGO TRIO »